Several news outlets are reporting on the takeover of the Gentoo GitHub organization that was announced recently.

However I feel like the term "mirror" has been misunderstood or miscommunication in this context, so I want to add a few comments to it now that things have calmed down a bit.

Gentoo has mainly had a presence on GitHub in order to facilitate pull requests from external contributors and proxied maintainers, actually, using GitHub for anything critical goes against the Gentoo Social Contract

The primary method of synchronizing the Gentoo Ebuild Repository is using rsync, and github was never part of the mirroring infrastructure for rsync. Furthermore; for Portage users, gemato is used to verify the MetaManifests and in turn the ebuilds using OpenPGP (aka GPG aka PGP) signatures by default.

So to make it absolutely clear; mirror in the case of GitHub compromise doesn't mean it automatically results in the ebuilds being distributed to the users using regular update mechanisms.

Gentoo will publish a post mortem report once details are ready to be released, but my recommendation to users is; don't worry about this incident, it was always under control, although it is annoying to clean up the visible aspects of it. 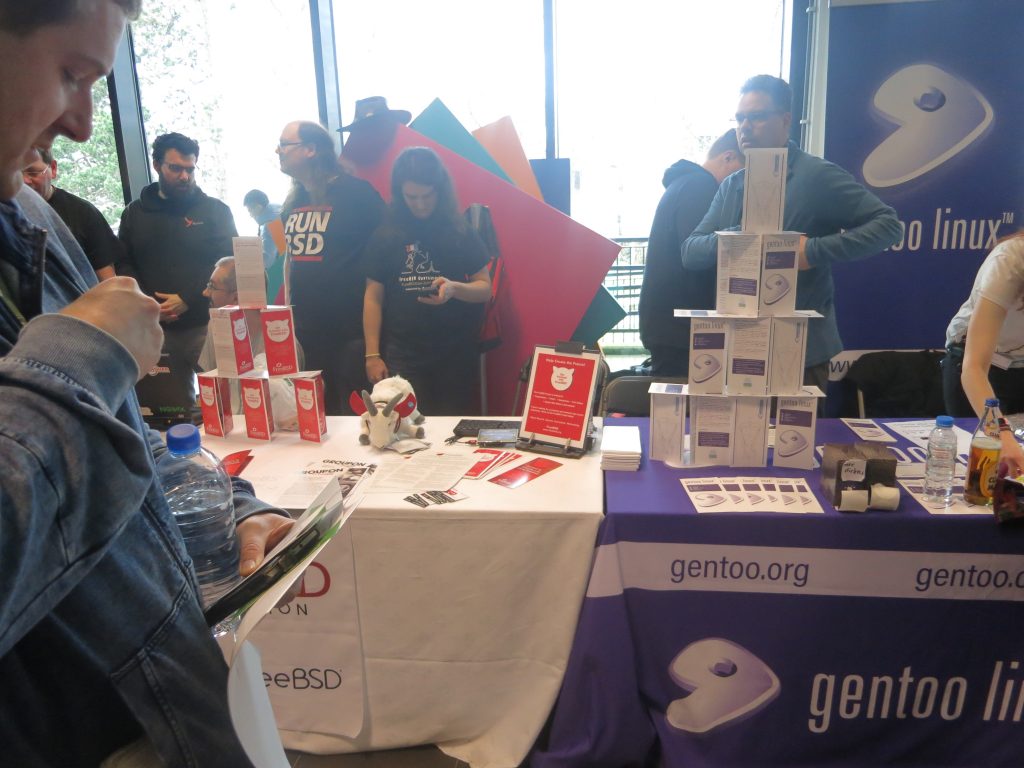 The Free Software Foundation Europe is running its campaign once again this year, and I quote:

In the Free Software society we exchange a lot of criticism. We write bug reports, tell others how they can improve the software, ask them for new features, and generally are not shy about criticising others. There is nothing wrong about that. It helps us to constantly improve. But sometimes we forget to show the hardworking people behind the software our appreciation. We should not underestimate the power of a simple "thank you" to motivate Free Software contributors in their important work for society. The 14th of February (a Sunday this year) is the ideal day to do that.

As part of this campaign the FSFE's FOSDEM stand allowed for sending postcards to projects that matters to users.

This year Gentoo received a post card supporting the future development, I love free software, ... but I love you more: 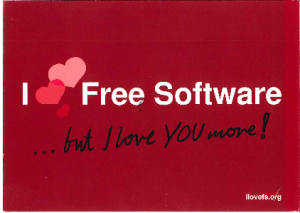 With a nicely thank you note hand-written on the back: 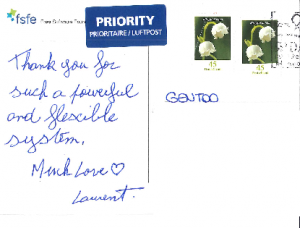 "Thank you for such a powerful and flexible system"

Next year we hope to receive even more postcards, but thank you very much for the one we received this year 🙂

On another note, Gentoo was interviewed during FOSDEM and the recording is available at HPR with Gentoo starting about 1:56:40.